From Ireland to France to England to Philadelphia, Daylesford Crossing’s new Dining Director,  Shane Magee, brings international experience with him to his new role.

“Well I’ve been all over,” Magee says, “And you pick up a little bit of something new everywhere you go.”

And Magee certainly has picked up a thing to two about fine dining and managing a kitchen. He’s studied at premiere culinary schools of Europe, managed a team of 60 at London’s Hilton International, and owned his own restaurant at the People’s Light & Theatre Company; accumulating 30 years of experience at his craft and all driven by his passion for food.

“You’ve got to love each ingredient in the food to make the dish properly,” Magee said, “There’s an old adage ‘cook with love, and people will love your food’. It’s true. You have to cook with passion.”

When it was time for Magee to move onto the next phase of his culinary journey, he intended to be selective about where he landed. “I wanted to be somewhere that was upscale.”

Magee found Daylesford Crossing and it was immediately at the top of his list. After meeting with residents during the interview process, he knew Daylesford was a great fit for him.

In creating a menu, Magee says there are three things most important to him; creating a flavorful experience for everyone eating his food, making sure he’s providing nutritious dishes, and, of course, bringing variety to the menu.

“We have a very sophisticated group here. They won’t settle for the same thing day after day. We have to provide a high quality dining experience.”

Magee loves to ‘play with food’ as he says. One of his favorite things about owning his own restaurant was creating his own menu and experimenting with flavors and combinations.

“I can put together a dish in my head and tell you what it’s going to taste like before I even cook it. Because I’ve sampled so many different tastes, my memory can see how something is going to look and taste.”

And all of this knowledge and experience is something Magee looks forward to developing in his team. He wants to branch out and begin doing things that will elevate the already-stellar reputation of Daylesford Crossing. He knows that will require empowering the chefs who work for him.

“I’m pushing them to step up their game I’m going to give them the opportunity to do so.”

While working for such an accomplished chef can be intimidating, Magee says he’s already making friends, both with the team from Daylesford and the residents. He loves getting feedback from his customers. “You’re the owners,” he likes to say, “I just work here.” 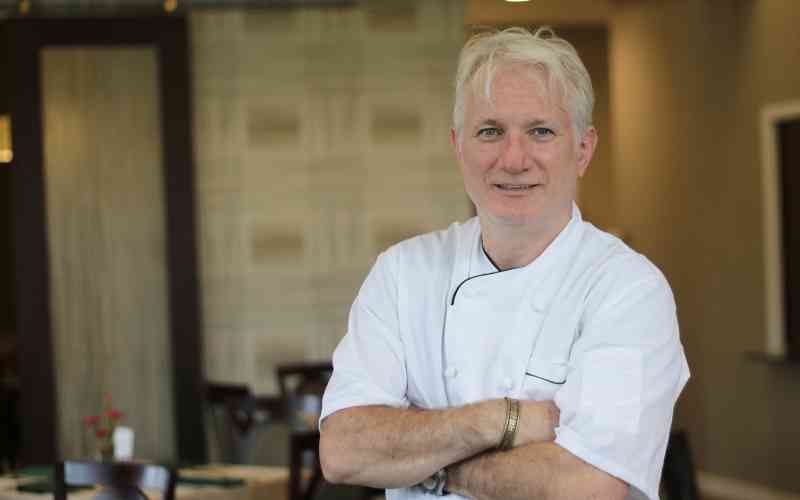